Marrakech, also known as the Red City, surrounded by sandstone walls and populated by indigenous locals dressed in jellabas (traditional Moroccan attire) reminded me of exactly where I was in the world.

My nostalgic memories of this city reminded me why it is a hotspot destination for explorers desiring adventure, exotic culture, bustling colourful bazaars and animated haggling techniques – hopefully leaving them feeling elated that they’d stuck a good deal on a Berber carpet.

Morocco’s most famous main Souk situated in the Medina by Jemaa El Fna buzzed with entertainment, showcasing snake charmers, Moroccan folk music, deliciously spiced famous Moroccan cuisines and of course not forgetting Morocco’s fascinating enigmatic history. Choice posing only a predicament for the indecisive, one could tailor the Moroccan experience either traditionally old Raid style or simply for a more modern taste. On offer in abundance there are stunning luxury hotels showcasing their fabulous Moorish architectural design.

However this time the affair wasn’t restricted to tagines, couscous and carpets. Due to tourism being strongly advocated by the Moroccan Monarch, I was witnessing an exciting evolvement of the old and new first hand with the Oasis four day festival. Hosted on the outskirts of Marrakech and established in 2015, this event puts North Africa firmly on the map as a go to platform for showcasing international top end talented artists and celebrities. It rivals the usual suspect alternative party destinations, with both culture and festival fun on its doorstep to set it apart uniquely.

The official night kicked the Moroccan red dust up into a blaze with Morocco’s Amin K opening the stage. Ibiza’s renowned and highly sought after DJ Solomon and label buddy Karmon dropped beats booming the crowd beyond bounds of expectation, conjuring up a euphoric crowd frenzy in an eight hour heart racing house set.

Musical mobs travelling for the event from all over the globe were in for a treat of entertainment, with more than one main stage of performers power parading the best electronic and techno main players on the scene. The line up comprised of Richie Haughtin, Marcel Dettmann, KiNK, Karenn, Harvey Sutherland, Willow, Young Marco and Komel Kovacs. The crowds moved, minced and mingled past midnight hours into the midst of the moonlight, paired with blue Moorish flashing dance lights, brass lanterns, and bustling beverage bars. Cutely carpeted Moroccan rugs adorned the floors for lounging and escaping the crowds for a minute, or for enjoying a flavorsome aromatic Shisha.

Live and kicking from the hours of 4pm, it was of no surprise that the sultry scorching sun shone down in a Sahara like gaze – after all, this was North Africa. Just like a mirage amidst the arena (except it was real) a refreshing swimming pool – Oasis style, gave partygoers the go ahead to sport swimwear, laze away whilst capturing the sun or to dance into a trance with a splash (amusingly in childlike rubber dinghies).

Fun photo booths lay way on the strips, and groups of people could be seen striking high spirited and lively poses to express and seize the moment.

The final day stole the party like a thief in the night with a super special back to back dynamic duo, featuring Scotland’s very own Jackmaster and Axel Boman – Sweden’s House DJ and producer. This elevated the night to an inner child of joyful music, a toy baby crowd surfing with its distinct silhouette in the distance, beautifully summing the event up in a metaphorical sense.

Awesome experience. I look forward to next year’s fest – all the more meaningful for me, with such events taking place in the Moors. Notably, a crossover of where North Africa now touches Europe was evidently representing its unite with the Oasis Festival making its mark.

Salaam and see you there next year! 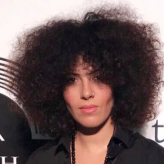