‘The best sushi I’ve ever had in my life’ – U.S. President, Barak Obama

It’s accolades like these that have given Sukiyabashi Jiro it’s title as one of the best, if not the best, Sushi Restaurant’s in the world.

The three-star Michelin restaurant, located in the bustling Japanese capital is owned an operated by 89-year-old Sushi Master Jiro Ono.

Modest in size and location, with just 10 tables squeezed into a lower-level office building, it’s food is anything but.

The restaurant shot to worldwide fame three years ago, when it was the feature of a documentary, « Jiro Dreams of Sushi ».

Earlier this year, U.S. President Barak Obama sat down to a chair at the famous restaurant, alongside Japanese Prime Minister Shinzo Abe, where he was said to describe his meal as the ‘best sushi I’ve ever had in my life.’

So, what makes it so good?

For one thing, diners are eating some of the freshest fish available, crafted carefully by an Itamae (Sushi Master).

Another carefully considered aspect of the food is it’s temperature.

As explained on the Sukiyabashi Jiro’s official website the flavour of its fish is greatly depends on this.

“About 20 different toppings are offered at Sukiyabashi Jiro. We very carefully control the temperature of these toppings until immediately before serving to ensure that each topping is served at the ideal temperature.”

Some connoisseurs say that the best sushi is served within seconds of being prepared.

This may be the reason behind why the duration of a typical meal at Sukiyabashi Jiro will last about 30 minutes. 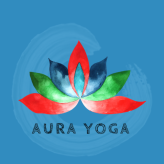