When I first heard about Pride and Protest premiering at the BFI I intrigued. I was extremely excited to see a film show casing various stories of LGBTQ+ Muslims. In the post 9/11 world, Islam is associated with extremism so this is quite an underground group even within the LGBTQ+ community.

As someone who grew up in a non-religious family, in an Islamic country, I have always been interested in other Queer Muslim and people of colour (POC) experiences. Was it different for those who were raised in the western world where “gayness” not only exists, but accepted (at least to some degree)?

I can talk a lot about my personal experience, but let’s dig deeper into why this film is so important.

I must admit, there were part of the film that were difficult to watch, the anxiety and the homophobia was just too much for me. It made me cringe and shook me to my core, which made me really admire some of the film heroes. Yes HEROES as some of them were not only just present, putting themselves in a very vulnerable position, where there is such overwhelming presence of homophobia, but going a step further and attempting to have an open dialogue with them.

I was speaking to friend who had also seen the film and we were in awe of all the people that shared their stories on screen. In particular those who are not even out to their families. The risk they took in putting themselves and their families out there in order to bring some visibility into the hidden world.

I did appreciate how the film was structured, moving between the hardships and joys of being a minority within the LGBTQ+ community. It showed how Queer people of Colour (QPOC) have been fighting and succeeding in creating beautiful and welcoming spaces and events to celebrate and support each other.

There were moments in the film I felt super inspired. A teacher who addressed homophobic comments in a class room full of teenagers. Again, no matter how comfortable with your sexuality or brave you are, these are not easy topics to articulate and speak up about so I found myself searching for these individuals on social media and following them.

There were scenes in the film that were disturbing and quite baffling. We sometimes forget that pride is not just a celebration, it’s a protest. During a pride street party in one of the cities in UK, a members of our own community was harassed and physically removed from the site by pride security guards. Slammed to the floor by two guards and then taken out. I am honestly still in shock and disbelief that this actually happened in the middle of pride, in day light, with tons of LGBTQ+ people around and NO ONE stepped in to call out this miss behaviour and put a stop to it as a collective of individuals. Why couldn’t we take care of each other, even on a day like Pride?  I really do hope that these footage were shared with that Pride’s organising committee and it was escalated to the security company as this is simply not acceptable. The film also showcases the prejudices and racism within our own beloved LGBTQ+ community and the need for spaces where these marginalised people feels accepted for who they truly are, no matter how they identify or present. I am grateful to be living in a city like London where our local heroes have been keeping up the good fight and have created and preserved some of these spaces.

The film ends with UK Black Pride which is a big celebration of all the intersectionalities of our beautiful and truly diverse community. I remember it well as I was volunteering that day and went there early for set up. My heart was so full of love, that so many uniquely special individuals had come together to celebrate being our authentic true selves.

I hope this film has paved the way for other stories showcasing different sub communities under our rainbow. Here is to a world where no one should ever be afraid to show off their true colours.

For more info on Rainbow Films and where to watch Pride and Prejudice click here. 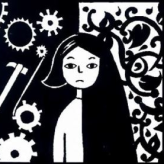