Originally from Paris, siblings Maguy and Gilbert Le Coze opened Le Bernardin upon arriving to New York in 1986. Quickly rising to the top, Le Bernardin has become one of the most well-renowned restaurants New York City has to offer. While their menu has expanded considerably since then, the restaurant initially only served fresh, simple fish plates. For uniquely crafted, delectable plates issuing one word responses, like divine and incredible, seek out Le Bernardin.

Continuing with the philosophy that fish is the sole star of the plate, Chef Eric Ripert is known for preparing hand crafted dishes with respect. The New York Times noted four stars for the French restaurant after its opening, and maintained that rating without dropping, a feat that gives them great pride.

Zagat officially rated the restaurant as one of the top restaurants in the city for 2015, based on both food and service. For a unique and elegant dining experience, indulge in the signature style found at Le Bernardin. 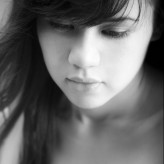