Located in Suvilahti, an historic disused power station- Flow festival in Helsinki brings together a mixture of street art, food stalls, cinema, music and entertainment in one incredible venue. A mix between Hackney and Battersea power station Flow festival should definitely be added to your festival wish list next summer. Food and drink is also a big part of Flow. Stalls selling food from pizzas and burgers to Japanese, Mexican and Vegan. Sustainability and the environment is also a big part of the Flow. Recycling is encouraged with money given back for cans and cups returned.
You would be hard pressed not to find something to occupy your time. Like the cinema showing interesting films from around Europe or a jazz band on the 360° stage. This year the Flow site was expanded with more room and options for everyone. On the first night Lara Del Rey closed the main stage with a soft and almost bashful performance. Connecting with the audience she spoke softly between songs and captivated them with her melodic voice.

The elements also played a big part over the weekend. On the 2nd day the heavens opened and unleashed a biblical storm that would have had Noah running for his ark. Two by two we ran for shelter as the monsoon descended upon us and waited for it to pass. If this had been London the festival would have been called off however Flow festival didn’t let a little thing like water stop it. After the rain had passed and the organisers had gone to work, the festival was back up and running again like nothing had ever happened with The XX closing the main stage on the 2nd night.

The luminous Resident Advisor stage and dark Voimala played host to techno and house heavyweights like Nina Kraviz, Bicep, Jon Hopkins, Moderat and Maceo Plex. Playing incredible and pounding sets over the weekend they had the masses stomping their feet to the electronic beats. Frank Ocean was simply quite incredible on the final night. Hearing mix reviews from his festival performances this summer, this was a flawless set from start to the end. He enthralled the audience with track after track backed by a live orchestra and the visuals on stage dazzled and delighted.

Convenience and ease was very evident in Helsinki. The newly opened F6 hotel was only a 15-20 minute tram or taxi ride away from festival site. The boutique hotel rooms had a cool and modern design and it’s very close to the main city centre, shops and train station. If you need a little relaxation between the festival excitement then the Löyly sauna and restaurant is the place. Modern, chilled and perfectly located by the sea it’s the prefect spot to unwind, relax in the sauna and then jump in sea afterwards.

Flow is one of the best festivals in Europe and shouldn’t be missed. From the cool crowd, eclectic music, sumptuous food, incredible venue and amazing city. Make sure you’re there next year come rain or shine. 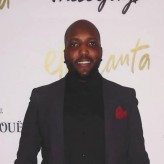