Having worked for highly prestigious restaurants including the Ivy, Scott’s restaurants and J.Sheekey, the high profile chef boasts an impressive resume. Making his mark on the famous Soho townhouse, Murray’s delicious menu offers a range of classic dishes fused with a modern twist.

A passionate foodie and people’s person, Ronnie can also be found greeting his excitable diners at their tables after they ask to meet him, awestruck by his divine culinary creations – and captivating conversation skills….

The appetising spread on offer consists of small-plate cuisines, which provide a ‘tapas-esque’ feel. Traditional classics such as fish fingers and chips, steak tartare and welsh rarebit can be found on the menu, along with modern dishes consisting of chicken shish, beetroot, fennel, apple and dill burger.

Think robust British comfort food occasionally merged with North African/Asian flavours – the crispy fried aubergine with black onion seed and madras dip is a treat for even the fussiest diners.

Diners can conclude the meal indulging in a choice of deserts, ranging from the delectable apple pie with clotted cream, Yorkshire rhubarb and custard or a blood orange chocolate mousse adorned extravagantly with honeycomb.

Six Storeys is also renowned for its vast infused gin and cocktail menu – simply ask for  the restaurant’s Chief Booze Engineer – Kevin, who will bend over backwards to describe the various tipples on offer.

For an evening of culinary splendour, mouth-watering dishes and cocktails, the iconic events company and celebrity chef will be hosting a series of supper clubs. Each event is focused on making one key ingredient star of the show, “I like to make the ingredients the star,’ explains Murray. “I love to showcase fantastic meat, fish and vegetables. We’ve got so much fantastic produce in Britain, let’s look on our doorstep before we go further.”

New dates for such fabulous feasting are expected to be announced at this sumptuous townhouse overlooking Soho square – this heavenly dining experience is truly one to be remembered. 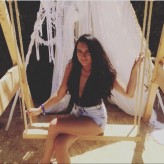