Whether you’re looking for a spot of weekend brunch, an indulgent melt-in-the-mouth meal or after-hours drinking with late-night lounge vibes, this prestigious venue, which is sprinkled with charm, has it all. Entering through velvet rope, you are welcomed by waitresses wearing garments created by Columbian designer, Johanna Ortiz.

On paper, open until 2:30am, Isabel, has everything going for it that a W1 post code restaurant is seemingly expected to have and one that Vogue magazine recently called ‘London’s Gorgeous New IT Restaurant’. Isabel, sister restaurant to celebrity favourite, Notting Hill’s Casa Cruz which opened in 2015, has an effortlessly chic décor, reminding us of the 1920’s style ambiance of London member’s club, The Scotch of St James. With dark rich colours of striking gold, scarlet red and emerald green, the restaurant is as alluring to the eye as it is to the stomach. There is also an underground dancing space with a DJ booth, something regulars to Casa Cruz will know was missing. This restaurant, that was inspired by beautiful women, is said to be named after the designers late Grandmother. Once cocooned inside, the cocktail-hour ambiances make the bustling, 100 miles per hour streets of London seem a million miles away and with 300 dimmed brass lighting features, every photo and skin tone is flattered.

The Mediterranean and Argentinian influenced menu is filled with high protein and low-fat lifestyle options, alongside smaller, sharing plates, with dishes such as octopus carpaccio, pumpkin ravioli accompanied with goats cheese and beef short rib ravioli mixed with black truffle. For those who desire something a little sweeter, homemade macaroons or Dulce truffles are only a few of many deserts available. Iconic desert wines such as the classic Italian Chianti and Vintage Port are also available for those who prefer a small tipple after their meal. Pleasantly priced for the location, there is an express lunch menu that includes two courses for £28 or £35 including a glass of wine.

The best seat of the house is situated around the four-sided bar, the greatest spot for people watching and continuous servings of distinctive, too-easy to drink cocktails. Alternatively picking roadside lounging allows the diner to enjoy the character of Mayfair. Stars that have visited include Kate Moss, Noel Gallagher and Gwyneth Paltrow.

The original Isabel opened in Buenos Aires in 2009 and giving Albemarle Street some up-to-date attention, London’s Isabel sits on the former Sumosan site. Booking is advised. Juan’s next venture is said to be in New York with another Casa Cruz next year. 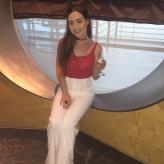